VANESSA WILLIAMS REUNITED WITH HER YORKIE 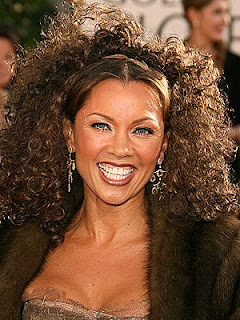 Vanessa Williams was reunited with her stolen
Yorkshire terrier Enzo last Wednesday thanks to a locator
microchip that had been implanted inside of its body.
The actress appeared yesterday morning
on “Live with Regis and Kelly” and explained how Enzo,
thankfully, was already registered with pet
recovery service Home Again, which places a microchip
the size of a grain of rice into a furry loved one so that it can
be tracked down in case he or she is lost, or in Williams’ case, dognapped.
Williams said her pooch was tracked down to a man who
had stolen Enzo out of her yard in Chappaqua, NY on
Memorial Day, and was found with the dog
across state lines in Connecticut.
The former Miss America had raised concerns with
police that a dognapping ring could be operating around
her Mount Pleasant neighborhood. Police, however, were
ready to blame the missing dog on hungry coyotes in the wooded area.
Posted by Miniature Yorkie at 7:37 AM