Be Careful With Chocolate Today and Dogs 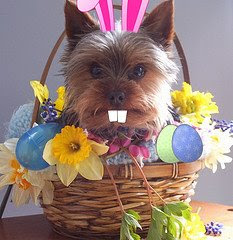 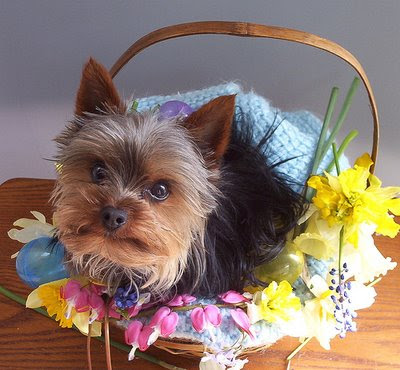 The increasing popularity of high quality 'posh choc'
brands this Easter is increasing the likelihood of the
nation's pets suffering fatal chocolate poisoning,
warns leading veterinary charity, PDSA.
Higher quality plain chocolate products - 'posh chocs' -
are the most dangerous 'treat' as they contain the highest
concentrated doses of theobromine - the component of
chocolate which poisons pets. So, while owners may wish
to indulge in some luxury treats this Easter, PDSA is
warning owners to keep these well out of their pet's reach.
PDSA warns that the best quality products - those with
high cocoa content - pose the biggest risk to the nation's
pets. The average (30g to 45g) bar of upmarket plain
chocolate can contain over 700mg of theobromine.
For example, just a small bar of plain chocolate
could fatally poison a Yorkshire Terrier.
People are simply not aware that even small
amounts of chocolate intended for humans can kill a little dog.
But it is not only chocolate that could be causing
problems this Easter. Cocoa shell mulches, a favourite
with gardeners, also contain high levels of theobromine
(14 to 30 mg per gram) - just a few mouthfuls
could kill a Cocker Spaniel.
PDSA Senior Veterinary Surgeon, Elaine Pendlebury says,
"I have lost count of the number of chocolate poisoning cases
I have seen during my years as a vet. There really is no place
in a pet's diet for chocolate. If you do want to indulge your pet
this Easter then opt for a healthy pet treat instead.
"Even white chocolate is dangerous, although the
theobromine content is relatively low, it can still poison pets."
Sometimes, despite an owner's best intentions, our
four-legged friends will outsmart us and get their
paws on sweet treats, as Elaine explains, "Owners
may think that they have put chocolate in a safe place,
but it's not unheard of for our clever pets to open an
unlocked cupboard to feast on naughty treats such as
chocolate. My advice is to make sure unsuitable foods
are kept in locked cupboards and think twice before
using cocoa mulches in the garden."
The effects of chocolate poisoning in dogs usually appear
within 4 to 24 hours of ingestion, and can last as long as 72 hours.
Chocolate toxicity symptoms include vomiting,
abdominal tenderness, hyperactivity, salivation and
increased heart rate (although sometimes a slower
heart rate). In severe cases there are fits, increased
rate of breathing, and heart beat irregularities.
In very severe cases it can result in the death of the pet. 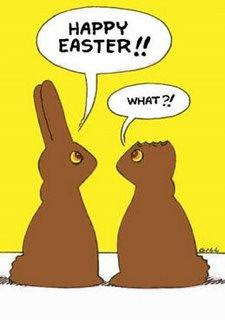 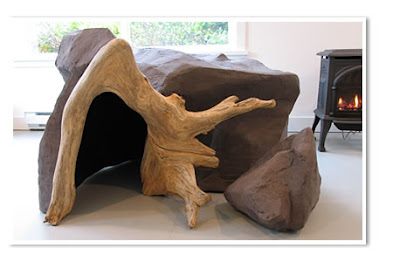 I am not kidding!
$6000!
Scottie’s Fine Art Caves is a Canadian design/build
firm that specializeds in Interior Art Homes
for companion animals.
If you haven’t already guessed, Scottie is a dog.
The 12 year old Maltese/Yorkshire terrier is CEO
of the company. Scottie was the inspiration behind
the cave homes, so why not? The VP of the
company is a cat. Some guy is also involved.
The Art Homes are stamped for authenticity.
I can’t imagine what the resale value would be
after sitting in a house full of chewing dogs and scratchy, peeing cats.
The Caves are made with environmentally
friendly materials. Ingredients include water,
cellulose fibre, wood, natural fibre rope, and water-based
paints. These are meant for interior use only.
But then again, who in their right mind would keep
a $6000 object outdoors? Or their dog for that matter?
Feline mountain is available for kitties.
Posted by Miniature Yorkie at 3:19 PM 3 comments: 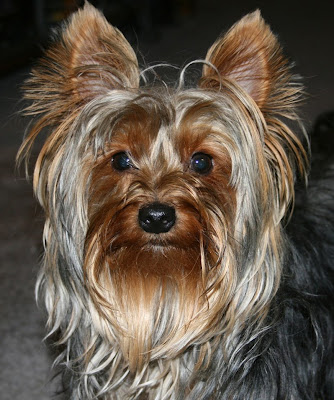 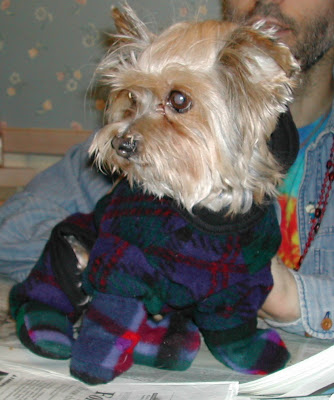 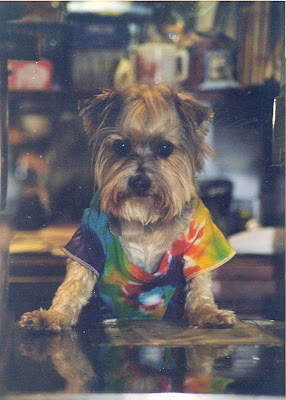 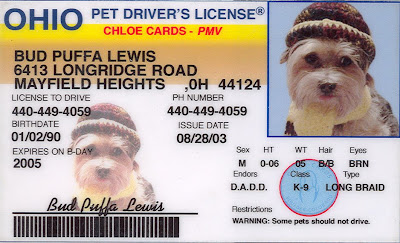 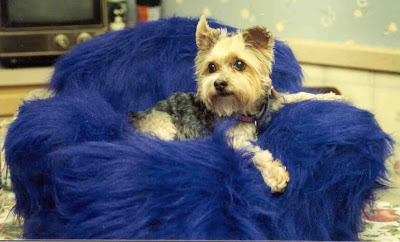 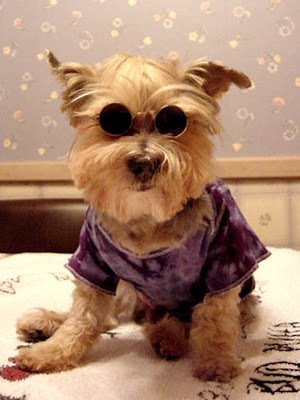 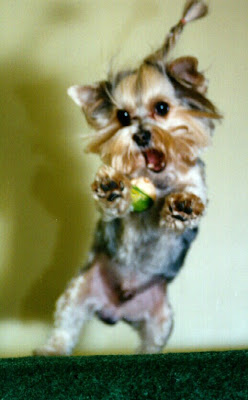 We get some many great notes and photos from
readers around the country, we like to them from time
to time. There is a crazy site called MY PET DMV
where they will give your pet a replica of your state
issued drivers license!
Thanks for all the notes and photos!

Posted by Miniature Yorkie at 10:45 AM No comments:

Yorkie Comes Back To Life After Chewing Cord 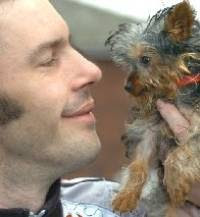 TINY PUPPY GETS A BIG SHOCK IN THE U.K.

Cheeky pup Dylan Thomas got the shock of his life when he sparked a massive power surge which flung his owner through the air.

The five-month-old miniature Yorkshire Terrier chewed through a bedside lamp and was zapped by electricity, leaving him stiff and motionless. Desperate owner Andrew Dixon tried to claw the wire out of the dog's mouth – but ended up flying 6ft across his bedroom and into a wall.

Hero son-in-law Mark Stevens then jumped to the rescue and brought the dog, named after the famous Welsh poet, back to life by massaging his tiny chest. Andrew soon recovered but was left with a nasty burn on his arm while the nine-inch long pup had to have part of his frazzled tongue amputated.

Andrew, 54, had gone to bed early and nodded off, unaware that Dylan was chewing through the wire of his bedside light. The carpet fitter said: "I must have woken up, put my light on, and he was chewing through the wire."I jumped up and tried to pull the wire out of his mouth. It was my first reaction but I should have turned the switch off."I tried to pull it out of his
mouth. It knocked me off the bed over the other side of the room. I got a fair belt off it. I landed against the wall.

"Vet Mandy Mayo, of Dimples Veterinary Practice in Caton Road, Lancaster, operated on Dylan Thomas. She said "How it didn't kill him I don't know."

-Dogs are like kids - you have to watch them all the time!!!
Posted by Miniature Yorkie at 4:00 PM No comments:

Yorkshire Terrier Sucked Into The Internet on Hitched 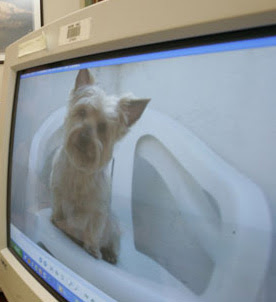 Have you seen the new Sunday night
comedy TV show UNHITCHED?
They have an episode coming up in
a few weeks that will air on March 30th
called "Yorkshire Terrier Sucked Into The Internet"!
That should be interesting!
The synopsis only says,
Gator and Kate are both handicapped when Kate
begins dating his new assistant. Freddy reconnects with
his ex when he attempts online dating. Tommy finds love at
jury duty on the “Yorkshire Terrier Sucked Into the Internet”
Posted by Miniature Yorkie at 8:27 AM No comments: