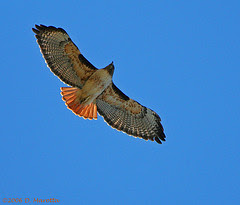 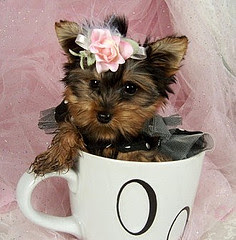 Can a hawk swoop down and take a small dog?
Maybe, according to Herb Roberts, an animal curator
at the Memphis Zoo.
Hawks are usually looking for rodents like mice
and rats and even rabbits.


Dogs are larger than most rodents so it may be hard
to fly off with them. -- But it has happened.
Also dogs don't act like most prey.
They will bark, bite and fight.
But that doesn't mean a hawk or other birds of prey
can't kill a small dog or a cat.
The birds can swoop in with a powerful death blow using
their talons to kill the animal. They will eat their prey
where they kill it.

Small dogs and cats are also vulnerable to raccoons,
coyotes and foxes, Roberts said.
Tiny dogs should probably always have some adult supervision
while outside or at least be outside with children or other humans.
Posted by Miniature Yorkie at 8:34 AM No comments: 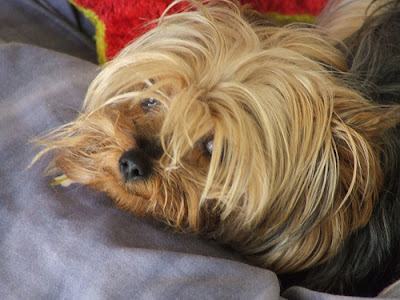 I have only flown myself twice! And I liked it,
but at the high altitudes, it was a little
difficult to breath. But I do enjoy traveling!
I found this tipsheet at
The Merrill Dubrow blog
TIPS FOR FLYING WITH YOUR PET
Alert the airline of a pet when booking your flight to make sure
there’s room in the cabin.
Fly during a weekday when airports are less hectic.
Fly in the morning or evening during the summer and midday
during the winter to ensure safe temperatures for pets traveling as cargo.
Choose a nonstop, direct flight.
Exercise your pet before leaving to help it relax and sleep.
Do not feed or give water to your pet two hours before departure.
Check in at least two hours before time and have all paperwork ready.

Tape a note on the pet container with all relevant information:
name of the pet, age, destination and flight number.
Make sure the carry-on container will fit under the seat.
Familiarize your pet with its carrier before leaving home,
and make sure the pet is wearing tags or is micro chipped.
Have you traveled with your pet? How was the experience?
I look forward to hearing your stories
and adding to the list of helpful tips.
Posted by Miniature Yorkie at 8:38 AM No comments: 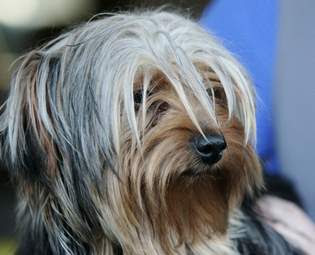 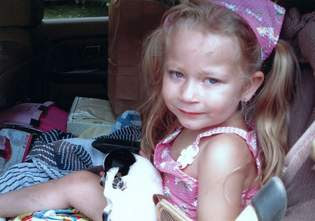 In Kentucky,
When 3-year-old Abigail Arnwine went missing late
Monday night, more than 60 people, several tracking dogs
and even a helicopter searched for her as temperatures
dipped into the 30s.
But after seven hours, it was Murphy,
the family's Yorkshire terrier, who helped lead them to the toddler.
Abigail was cold, but safe, about a half mile from her house.
The little girl has a history of
wandering off!
Maybe they should keep the child
on a short leash....
Posted by Miniature Yorkie at 11:15 AM No comments: 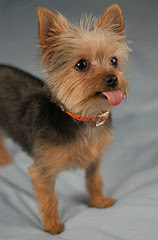 Airline Loses Chesapeake Woman's Yorkie
A Chesapeake woman was thrilled to get a new pet,
but when the puppy wouldn't eat, the breeder suggested
for a short time, she send it back to it's mother.
She put it on a flight for Texas. And now the puppy is missing.
Airlines frequently misplace luggage,
but it usually turns up.
How do you lose a dog?!
"I've already communicated with the kennel.
I've already communicated with the airlines in Atlanta,
in Norfolk, in Texas. No one knows where she is.
She's completely vanished," said Courtney Johnson.
Johnson is terrified of what may have happened
to the 3 month old Yorkshire Terrier she named Apple.

She bought the puppy from a breeder known
as Kimberli's Kuties, who came highly recommended
by several friends. But for two weeks, the playful puppy
wouldn't eating properly. Johnson feared Apple needed
to be with her mother a little longer and the breeder agreed.
So on Saturday afternoon she sent the puppy back
to Texas through Delta Cargo."I received a phone call
at midnight letting me know she had missed her flight,
but that she'd be on a flight first thing in the morning.
First thing in the morning, I get a call from the breeder
saying she didn't make the flight and they did not
know where Apple was," she said.Since then Johnson
has spent a lot of time on the phone trying to locate Apple,
but to no avail.

"I have been hung up on.
I have been told it's not a child, it just a dog.
My biggest fear is that they've pushed her somewhere.
They've just looked right beyond her and she's now gone
three days and she's not eaten or drunken anything,"
she said.Johnson says she almost prays that someone
stole Apple. At least that way she'd know her puppy was
being cared for. But at this point, she can't even get that
confirmed. "I've been waiting all my life for this puppy.
I've saved my money and I've saved my money and finally,
when I was able to afford her and be able to take care of her,
she's gone and no one has any answers for me," she said.

Your NewsChannel Three spoke with Delta Airlines
spokesperson, Gina Laughlin. She told us Delta airlines
deeply regrets what happened and hopes to return the
puppy very soon. Laughlin also told us they launched
an investigation into what happened.
However, Johnson tells me, Delta has not even called.
Posted by Miniature Yorkie at 8:31 AM 2 comments: 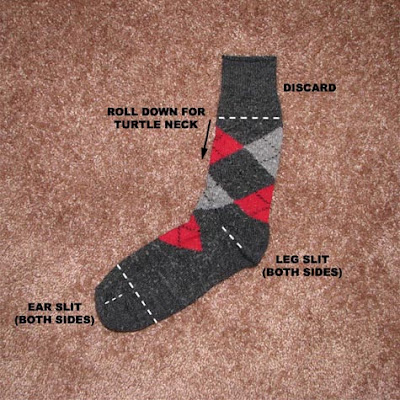 Forget about all those fancy, expensive designer duds!
Turn a patterned sock into a festive frock!
A reader sent me this link.
from Seth Prandini
With super simple steps in creating
an adorable Yorkie Outfit!
Thanks Seth! 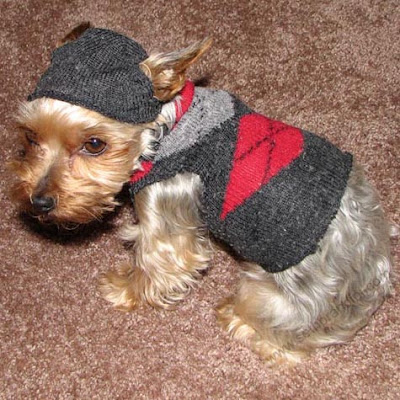 Posted by Miniature Yorkie at 8:31 AM No comments: 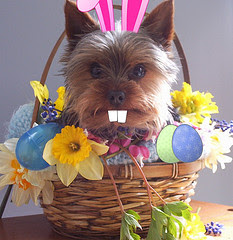 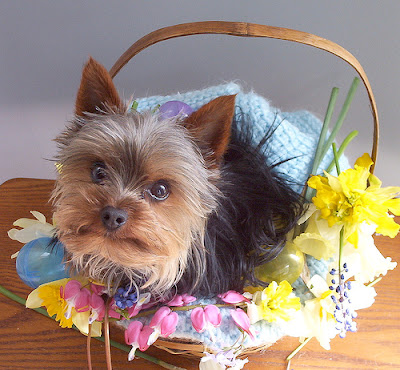 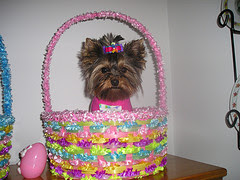 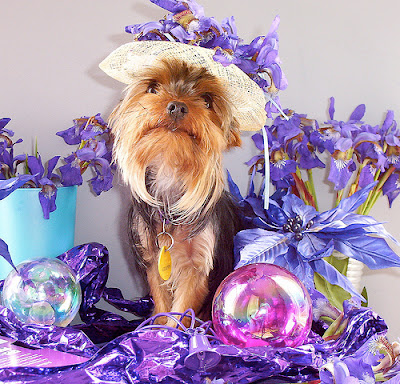 Posted by Miniature Yorkie at 12:59 AM No comments:

Little Lady disappeared in Arkansas
and ended up in Florida,
weeks later!
The dog allegedly jumped into the wrong car...
the dog had no coller or tags and the driver
of the car said they thought she was a lost dog
and needed a home.
It was all smiles as Patsy Perryman reunited with
her 12-year-old Yorkshire terrier at the
Tampa Police Department’s division one station
Thursday. She hadn’t seen her beloved companion,
named Lady, in nearly 2 months.
GET YOUR DOG MICRO-CHIPPED!
Posted by Miniature Yorkie at 8:38 AM 1 comment:

Kids and dogs do the darndest things!
We did a story on Jilli a few weeks ago.
She is smart and talented and travels
the country making personal appearances.
Here are 2 clips of her, showing
how good she is with cards!
Posted by Miniature Yorkie at 9:26 AM No comments: 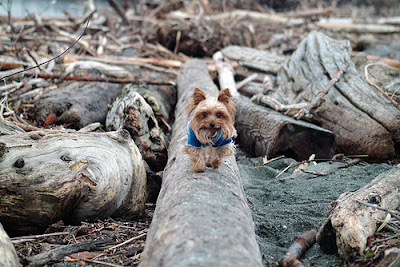 TORONTO, April 2 /CNW/ -
The Toronto Humane Society is warning the
public that an advertisement which appeared in a
local free daily newspaper offering
a female Yorkshire Terrier for sale appears to be a scam.
The ad, with theheadline "Female Yorkie Terrier Puppy"
and the sub-headline "Sami is so sweet
and lovable" appeared in the Monday, April 2 edition
of 24 Hours, and may have also appeared elsewhere.
The only contact info offered was an
e-mail address (mailto:sandra_pets01@yahoo.com.
"I saw the ad," says THS senior communicator
Lee Oliver, "and thought it
was odd that there was no phone number or address,
so I sent an e-mail asking
for particulars. I was sort of expecting to find a puppy
mill, but instead I came across a pretty
obvious scam."
The response, in broken English, indicated
that for $500 the dog's owner
would ship the "AKC-registered" 10-week-old
"housebroken and potty trained"
pup from her new home in Nigeria,
where the seller was recently transferred by the
United Nations to work as the head of public relations,
to anywhere in the world.
The $500 price tag included all shipping,
handling and insurance.
In the reply the dog's name inexplicably changed
from Sami (in the ad) to Suzzy(in the e-mail).
Versions of the ad have shown up in the Prince George,
B.C., on at least one online classifieds website and in the
Cayman Islands. In the Caymans, police have gone so far
as to issue warnings to citizens not to fall for the overseas fraud.
"I imagine most people are smart enough to see
right through this," notes
Oliver. "But just in case you're tempted by such
an ad, just remember that
whenever you come across a deal that's too good
to be true, odds are it's,
well, too good to be true."
Posted by Miniature Yorkie at 7:54 AM No comments: 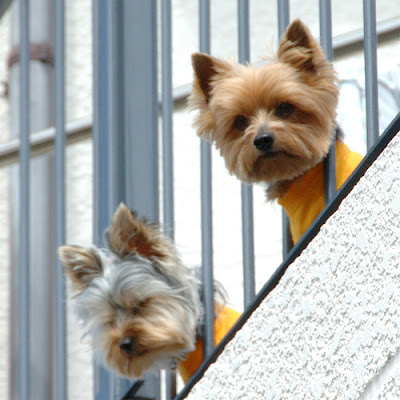