This past week, my dads went on a trip to Barcelona.
And I couldn't go.
So I had to stay with some strangers. They are friends
of my dads, Jeff and Andrea Maziarek are big dog lovers!
So I took a liking to them right away and they liked me too.
(How could they resist, right??)
Jeff let me sit on his lap while he worked,
and at night, I curled into a ball between them on their pillows,
but especially love sleeping half on Andrea's
head. I missed my dads bunches but my babysitters
gave me so much love, play and attention, it was OK being away from them.
They had lost BOTH of their dogs in the recent past,
due to health problems. And when I sniffed around their house
I could really sense them.
Jeff has been busy writing a book. (his second)
About his dog CODI. An Inspiring and heartwarming
story about an Amazing Best Friend.
It's about their awesome dog with a great personality
who really had a profound impact on this family.
The story presents Codi as much more than merely
a source of entertainment and affection, but as an actual
sentient being that has far deeper insight into
the lives of "her humans" than commonly thought.
He is in the process of publishing his book,
it's not out yet. But he has set up website with some
samplings of his story called Codi's Journey!
Stop by and get a preview!
Jeff also runs another site called
PONDERCENTRAL
it features inspirational writings from authors
around the world. You can even subscribe to get free
daily inspirational messages emailed to you! 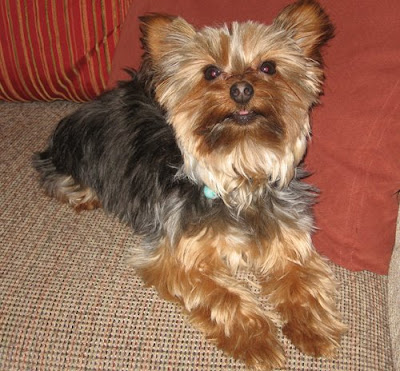 This is me, on their couch!

Thanks Jeff and Andrea for taking care of me!

I hope I can come back again, soon!

Posted by Miniature Yorkie at 11:19 AM No comments: 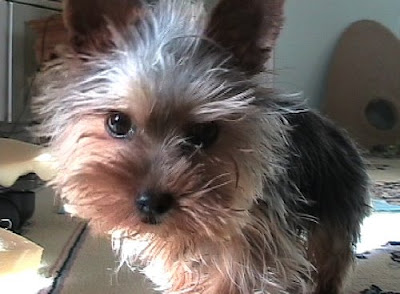 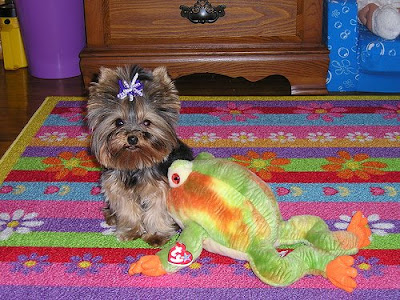 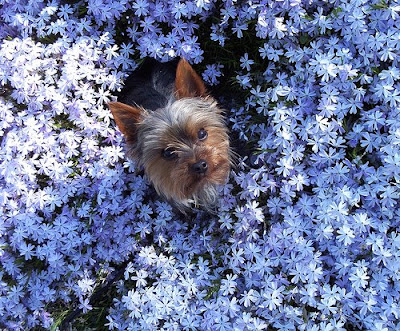 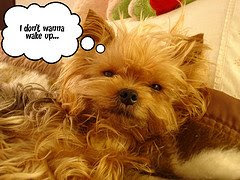 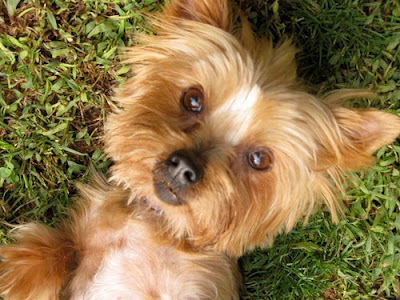 I am so sorry I have not been posting more -
It has been a crazy busy month!
And now we are headed out on vacation for a week!
But I promise to post more next month.
In the meantime, thanks to everyone
for sending in their pictures!
xoxoxox
Trixie

Posted by Miniature Yorkie at 9:59 AM 4 comments: 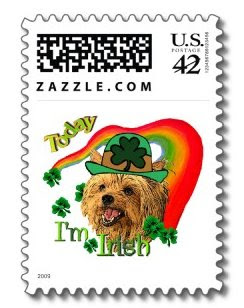 Have you ever thought about creating a Yorkie Stamp?!
I was in a pub yesterday...having a wee bit of beer...
and a lady was handing out St Patricks Day Cards
with a stamp featuring her Yorkie!
What a cute idea!
Posted by Miniature Yorkie at 9:50 AM No comments: