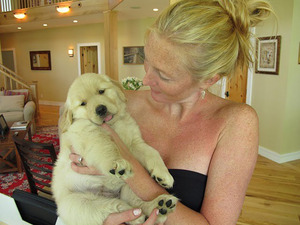 I don't care how much protection you do - I would never transport my pet in  an airlines cargo. You just don't know what happens in there during flight. Things could shift, and cause a dog great stress; is it really temperature controlled? I doubt it.  Personally, if my dog could not ride inside the cabin with me - I would drive where I am going - it is just too risky.

And here is some  sad proof -

Though the model knew that there are always risks in transporting pets on an airplane, she and her husband went above and beyond the requirements of United’s PetSafe program, taking every precaution to make sure that Bea and the family’s other Golden Retriever, 7-year-old Albert, would be safe on the cross-country flight.

In addition to the required veterinary examination and certificate of health required by United, which showed that both Beatrice and Albert were in perfect health four days before the flight, Rizer purchased new kennels, prepared special water bowls with ice, and even paid the airline an additional $1,800 to ensure that her dogs would be cared for during the flight.

“When we arrived in San Francisco to pick up our dogs we drove to the dark cargo terminal and on arrival in the hangar were told simply, ‘one of them is dead’ by the emotionless worker who seemed more interested in his text messages,” Rizer described in a statement on her blog.

Rizer says that she and her family, including 10-month-old son Zander, fought with the airline for hours about releasing Bea’s body for a necropsy at Rizer’s family veterinarian.
What the veterinarian discovered, says Rizer, was that at some point during the flight, Beatrice went into severe distress. Heatstroke is thought to be the cause of her death.

In a statement, United Airlines both expressed their sympathies and denied any wrongdoing: “We understand that the loss of a beloved pet is difficult and express our condolences to Ms. Rizer and her family for their loss. After careful review, we found there were no mechanical operational issues with Bea’s flight and also determined she was in a temperature-controlled environment for her entire journey." (How can that be proved?)


Rizer told People Magazine that, after losing Bea on the United flight, she will never fly with her pets again, and she hopes that her story will serve as a warning to other families. “I don’t think dogs should be treated like bags,” Rizer said. “They’re living, breathing creatures and parts of people’s families.”
“Please, don’t trust that an airline will truly care and provide safety to your beloved pet,” she continues on her blog. “At some point in the two hours that Bea was in the care of United Airlines before she died, someone made a mistake and because of that, our loving, sweet Bea is no longer in our lives.”

Happy Birthday to Yorkies Everywhere Born on This Day 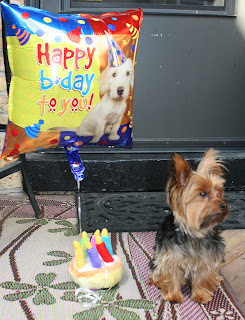 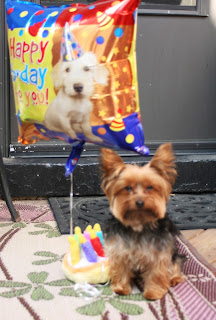 Getting her and the balloon to sit still were a bit of challenge!

I found this cute cartoon below about adopted dogs!
ALL DOGS  DESERVE  A HOME AND TO BE LOVED! 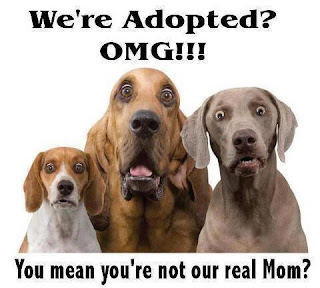 Trixie and Tigger Together 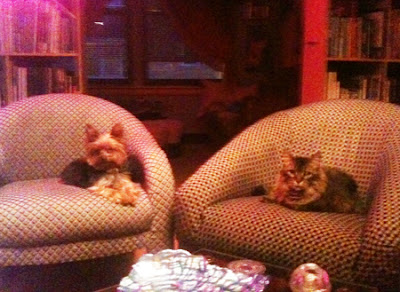 My children!   Trixe Lee and Tigger - they just love each other!
Sorry for the poor quality - shot with the iPhone 3 - which is crappy!
We get the new iPhone tomorrow!!
Posted by Miniature Yorkie at 10:01 AM 1 comment: 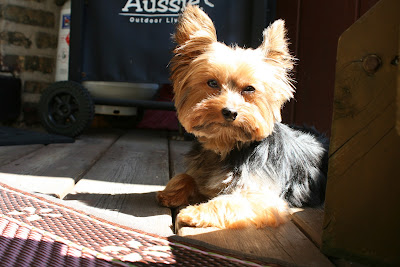 Where the heck did summer go?  It seemed to fly by this year - and I only got to the beach once this Summer  :-(

Luckily, I discovered our back deck this year. And my dad lets me lay out there with him as he sips his morning coffee... 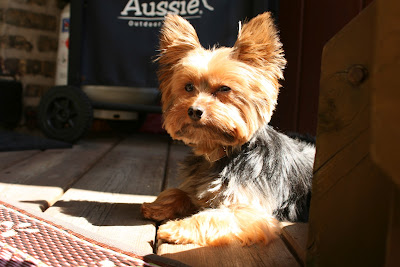 I love the fresh air....and all the smells!  I am hoping for some nice warm weather, in the coming weeks and hopefully, one final beach day for me.

Until then...I have my patch of sun on the deck!