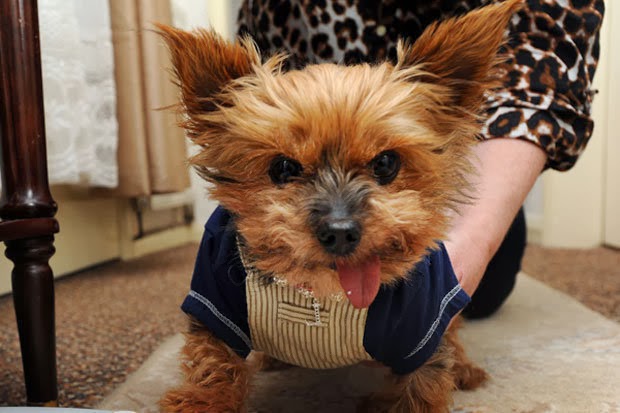 I love these stories!

LOUIE (above) pressed his tiny paw on an emergency button on the floor and called for help by yelping into the intercom, after his owner suffered a suspected heart attack.

“He’s my light and day. He’s always beside me whenever I need him.
He’s more than just a dog” says owner  JUDITH.

She trained the Yorkie to use the button, which provides a hotline to the care services, if she is unconscious and unable to do so and this is the second heroic dead little Louie has done.
Last year he earned himself an animal bravery award from veterinary charity PDSA for raising the alarm when Judith slipped after stepping out of the shower.

Posted by Miniature Yorkie at 5:26 PM No comments:

BEST Dog Costume of the Year 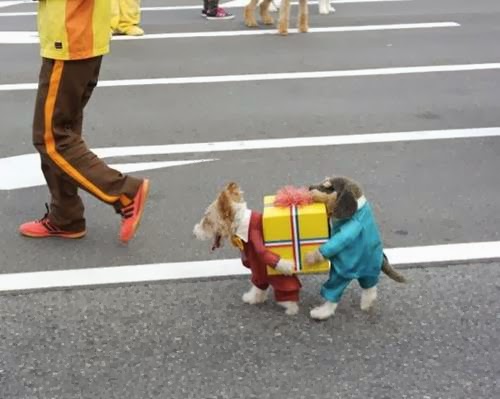 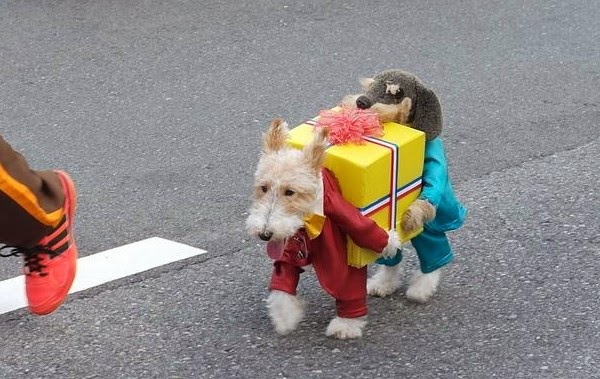 Posted by Miniature Yorkie at 1:24 PM No comments: