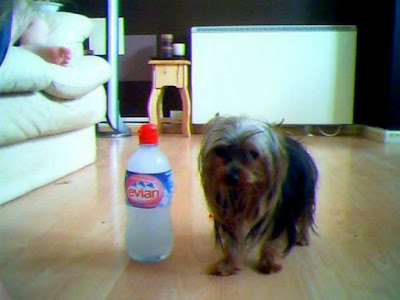 My dog thinks she is tough at the beach when she chases  seagulls - but beware.

Roo the Yorkshire Terrier suffered severe head wounds and a brain haemorrhage after a group of gulls attacked him while he was playing in the back garden of his owner’s home in Cornwall last Thursday.

Mother-of-four Emily Vincent, who owned Roo, said the little dog came running into the kitchen before collapsing in a pool of blood resembling a ‘murder scene’.


The family took the animal to the vet but his wounds were deemed too severe and he was put down.
The seagulls – which are herring gulls – had been nesting on the roof of Ms Vincent’s house in St Columb Minor. They are believed to have been trying to protect their nest when they attacked Roo.

Posted by Miniature Yorkie at 9:30 AM