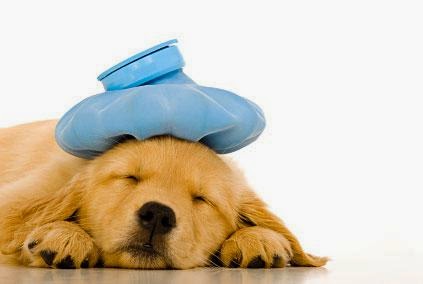 A canine flu outbreak has affected hundreds of pets throughout the Midwest. The canine flu has been reported in four states, including Wisconsin, with many cases in Chicago and northern Illinois.


Symptoms include:
The canine flu is contagious. It can be given to dogs by other dogs and even by humans.

People can carry it on their skin for up to 12 hours and on their clothes for 24 hours.

The canine flu outbreak in Chicago has prompted officials to tell dog owners to postpone trips to dog parks and doggy daycare centers until the worst of the outbreak passes. Dogs younger than one year and older than seven are most at risk.

Although it's called a canine influenza, health officials said the virus also infects cats. No evidence exists that the virus is transmissible from dogs to people.
The virus has sickened more than 1,100 dogs in the Midwest, probably spread rapidly when pet owners boarded their dogs while on spring vacations, according to the Associated Press.
Posted by Miniature Yorkie at 5:12 PM