This is one of those amazing stories that warms your heart.
From Utah -  Bridget is a 10 -year-old Yorkshire terrier that was surrendered to the Humane Society of Utah last week. She was pregnant, and just days later gave birth to 2 pups, but they did not survive.


Later that day kittens arrived at the shelter.

The next morning when doctors came to check on both of their new patients, those patients had found each other. All five kittens, nestled under Bridget's caring fur and watchful eye ... she had become a mother after all.

"I haven't seen anything like that before, it was really just quite exciting, really quite touching," Van Zandt said.

And so, since Monday, this 10-year-old dog has been doing all of the usual 'new mom' activities for this litter of five kittens. She's been cleaning, chasing and even feeding her adoptive babies.

Posted by Miniature Yorkie at 8:34 AM No comments:

A New Way to Board Your Dog DOG VACAY

This is pretty cool! I know a lot of people board their dogs at these Doggy Daycares and Dog Hotels - but I did that once, and my little yorkie came back stressed out. She really needs to be with people 24/7.

You can search by city now and find dog watchers in your area!

Most dog owners love their dog too much to keep them crated for hours on end, so why should that change when you are out of town? Dog Vacay allows you to find a home environment for your puppy, where they can get individual attention and roam freely

Pick the perfect host and environment for your dog. Whether you need an affordable apartment for your chihuahua or a luxury ranch for your champion show dog, Dog Vacay has an option for you

Our prices start at $15 per night. Travel with ease without breaking the budget

Browse hundreds of profiles to find the perfect host. Schedule and book online with just a few clicks

There’s a big difference between watching 3 dogs and several hundred. In a home environment your dog receives more care and personalized attention from a true dog lover. It’s like dropping them off at your favorite aunt’s house.

Posted by Miniature Yorkie at 5:13 PM No comments:

Does Your Dog Know When They Have Bad Haircuts? 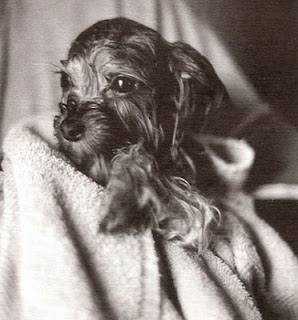 Yesterday we took Trixie in to be trimmed up. With her usual groomer.  But she was only half listening to me when I told her how I wanted her trimmed up.

2 hours later I got my baby back with an AWFUL haircut - and even the dog knew it!  All day she moped around the house - and today she has not been usual self. It's like she has no confidence - her personality is deflated.

Do you thinks dogs know when they have a bad haircut?  or maybe it's just so short - she's feels different?


A Yorkshire Terrier has been praised for raising the alarm after an elderly neighbour collapsed in her garden in the dark.

Brian Hullah, 62, said he had no idea how his five-year-old dog Bella knew Rita Butler had collapsed but he said if the dog had not alerted him she could have been there all night.

Mr Hullah said Bella, usually a quiet dog, started barking in the kitchen at about 9pm on Sunday.
He said: “She was going a bit berserk. She’s usually pretty quiet, so we thought there must have been a cat or something out there.

“I opened the door and she shot out and she was running up and down the side of the fence barking.”
Mr Hullah said his stepson Andrew White went through the gate into their neighbour’s garden and found the pensioner, believed to be about 80, laid on the ground under some bushes.

How could the dog possibly sense something was wrong with a neighbor?!


Watch the interview with the dog's owner!
Posted by Miniature Yorkie at 7:06 PM 1 comment: 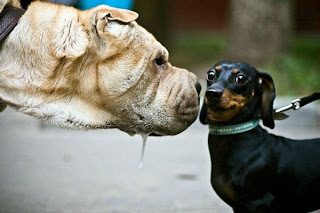 I know this site is about Yorkies / Yorkshire Terriers, but from time to time, I just have share photos readers send us or that we come across, that we think you will enjoy! 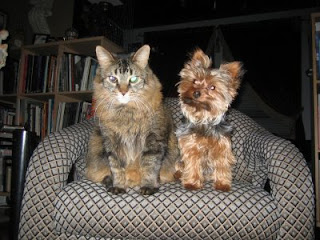 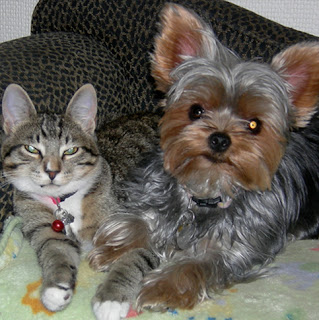 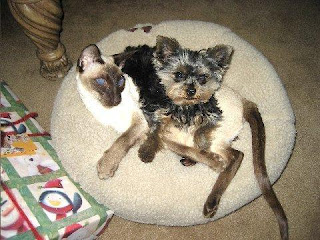 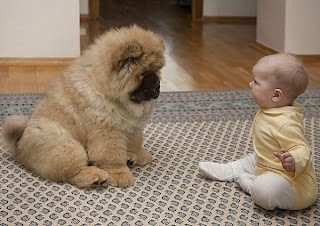 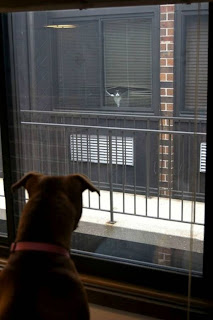 All photos are owned by their respective owners and I disclaim any ownership. No infringement or copyright is intended.

If you own a particular photo/s and would like it removed from this site, please contact me   raphaelsmp (at) gmail.com,   with your proof of ownership then I'll remove it within 24-48 hours.
Posted by Miniature Yorkie at 9:53 AM No comments:

Identity Theft is Out of Control! 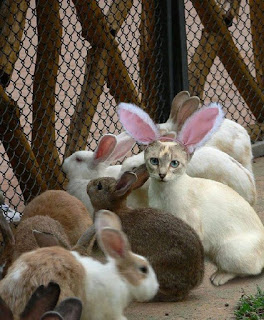 Does this mean there really is NO Easter Bunny???

Posted by Miniature Yorkie at 3:05 PM No comments: