Does Your Yorkie Lick Your Face and Give You Kisses? 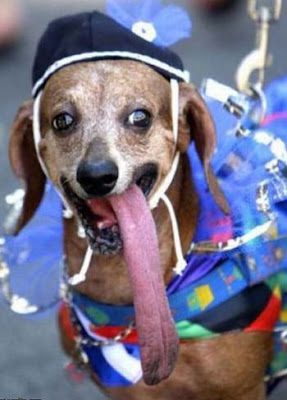 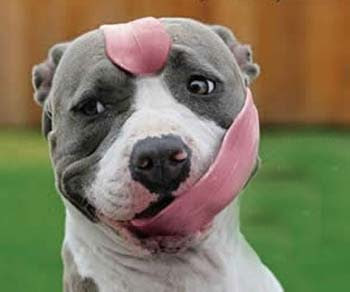 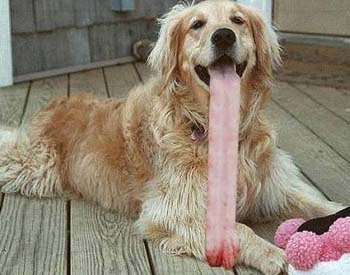 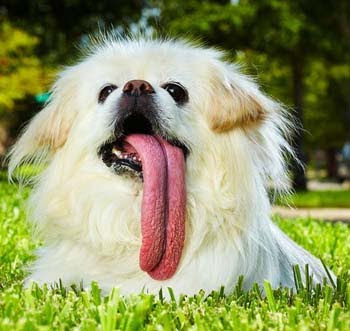 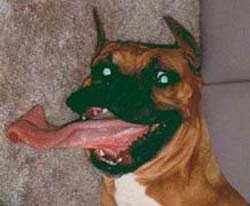 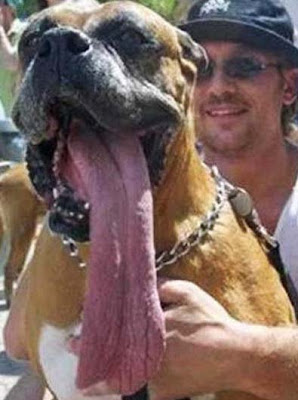 Aren't you glad you have a Yorkie?! 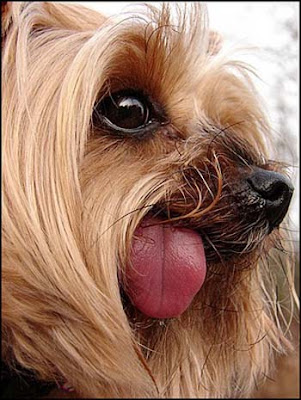 Posted by Miniature Yorkie at 8:37 AM 2 comments:

Worst and Best Foods for Dogs and Yorkies 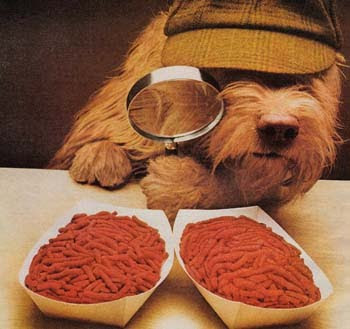 Pet owners should know how to read labels. They should really teach us that in school! Maybe they do these days - they never did when I was in school! But nutritional labels and ingredient labels ARE SO IMPORTANT! If you don't know, the words "by-products" are something you want to avoid in your pets food. What are "by-products" ? You Ask? You don't really want to know, trust me! But you don't want ANY FOOD that contains "by-products".

CORN and OTHER GLUTEN ingredients can cause dog allergies for some dogs. These are also ingredients you want to avoid. There are no bad for your dog per se', but they offer no nutritional value and dogs can't digest them. 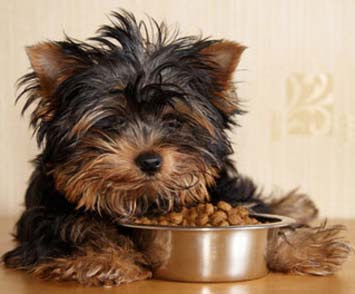 Smaller companies usually produce good food. IAMS used to be a great company. The original owner of IAMS used high quality ingredients for his pet food brand and he never used cheap dog food ingredients just to make a profit. What do corporations do? They cut corners to make bigger profits. Mr. Iams got sick in 1999 so he had to sell his company - It was gobbled up by P & G and that’s when IAMS started to go downhill.

I have been told Royal Canin for Yorkies is a great food. But it does contain some corn and gluten. Others brands I have been reccommended include Blue Buffalo Wilderness, Life's Abundance has all natural human grade ingredients and NOTHING bad in it, Merrick is also rated very good.

There is a site called DOG FOOD ANALYSIS, that rates food. ARTEMIS comes up on top. And many of these companies WILL SEND YOU A FREE SAMPLE, if you want to try it.

So lets eat! What's for dinner?! 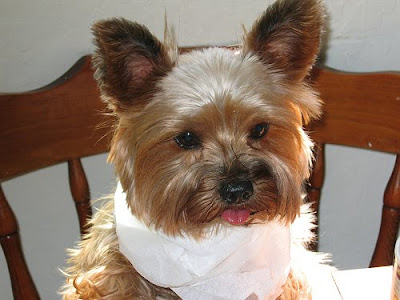 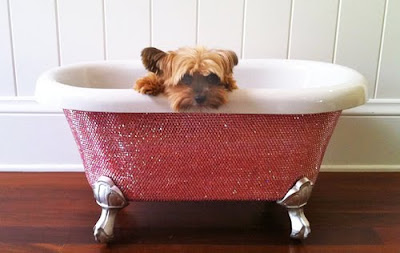 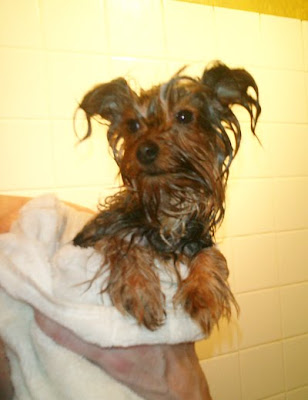 I do not like baths! I don't why....I fell into a pool when I was very young and perhaps it traumatized me! But every Saturday, when I see my dad grab my towels and the blow dryer, I RUN.
But it's really not that bad.
And when it's all over, I feel so fresh again!
This is my buddy BOB (below) He hates baths too!
Look at that face! He looks like he is going to cry! 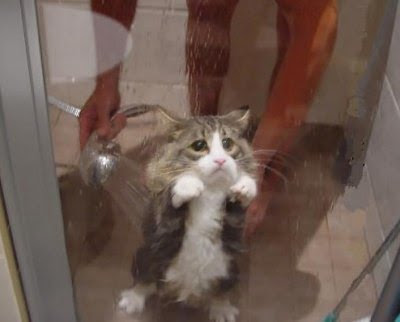 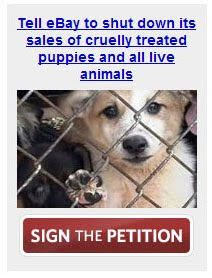 Ebay doesn't allow live animals to be put up for auction, but on their Classifieds site, animal sales are fair game.

The answer: They can't. Because of a loophole in the laws, as long as animals are being sold online, the breeders don't even fall under USDA regulation. Ebay has given puppy mills a huge, unregulated platform to peddle cruelty. And it seems that they're hoping animal advocates won't notice.

Several years ago, the company planned a live animals category in their auctions. The public outcry was so strong that they abandoned the plan. But then eBay Classifieds came along, and apparently the company forgot that people didn't want to see live animals for sale on their site.

Remind eBay that people don't want to see live animals sold anywhere on their site, and ask them to shut down the live animal listings in eBay Classifieds.

Update: Ebay posted a response in the comments of the blog post about their pet sales. However, they continue to avoid the fact that online listings attract puppy mills and backyard breeders and that there is no way for them to ensure that animals come from reputable sources or end up in good homes.

In their response, eBay also referred to a partnership with Petfinder; however, if they want to help homeless pets find homes, then they should work with Petfinder to convert their services entirely to an adoption service rather than listing adoptable animals alongside puppy mill dogs.

IT TAKES JUST SECONDS TO SIGN THIS PETITION!
Posted by Miniature Yorkie at 9:30 AM No comments: 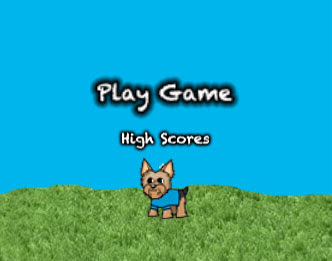 Biting a bad apple beats down Corduroy's health.
Eating a bone boosts his speed. In a virtual sense anyway.

The tiny Yorkshire Terrier started running across iPhone screens last week, one of Apples's most recent apps - short for applications - and the design of Wellington resident Fred Shernoff.

Corduroy is also the name of Shernoff's real-life 3-pound puppy, which looks strikingly similar to the blinking brown dog players find on Puppy Park! (Make sure you download the right one. You want PUPPY PARK! by Whitemarsh Games. There is a free lite version or a 99 cent regular version.)

Shernoff's wife, Tyler, came up with a loose framework for the game last summer when the two were on one of their frequent strolls through their Olympia neighborhood, Corduroy leading the way.

"All of a sudden he took off after a truck and was thrashing against his leash," said Fred Shernoff, 29.

Why not a game with a puppy getting worked up and chasing after things, his wife suggested.

Shernoff, who in his youth dreamed of becoming a video game programmer, picked up a few books, including iPhone Programming for Dummies, and got to work.

"I didn't know anything going into it," said Shernoff, who is also a real estate developer for Tri-Star Associates Inc.

Apple offers an astounding 350,000 apps for its iPhone, all but a handful of them designed by people or companies other than Apple, according to an Apple spokesman. In late January, about 10 billion downloads had been made from Apple's App Store.

Shernoff's app has averaged about 30 paid downloads a day, he said. Puppy Park! sells for $.99. Shernoff keeps $.70 of that, and Apple gets $.29, the standard split the company offers. A free version of the game is available as well.

Shernoff paid a $99 annual fee to join Apple's developer program, which allows members to submit as many apps as they want for the company's consideration. An Apple spokesman declined to say how many submissions the company has gotten.

The game is designed to allow all of its players to compete for the highest score.

When Corduroy crosses paths with a meowing black cat, the game is over. The sweater-wearing Yorki bears his teeth and chases the cat off the screen. No gore or dead dog scenes.

"It's simple but challenging," Shernoff said.

And it's suitable for small children.

Posted by Miniature Yorkie at 9:40 PM No comments:

Does Your Dog Have Bieber Fever? 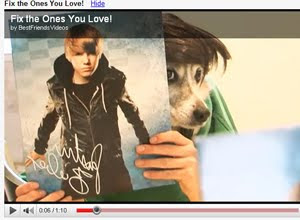 the animals of
Best Friends

Animal Society are getting gussied

up for a night on the town and reminding you to fix the ones you love!

When we spay or neuter our pets, we reduce the number of animals in shelters and get closer to a time when there are No More Homeless Pets!

This is another awesome video
that will make you smile -
and hopefully donate a couple bucks!
They even offer a FREE,
oh-so-cute-and-fun e-card that you
can photo personalize with your dog or cats head? :)

Best Friends Animal Society is a nonprofit organization building no-kill programs and partnerships that will bring about a day when there are No More Homeless Pets®. At the core of Best Friends' work is the dream that one day kindness will replace cruelty, and animals will no longer be destroyed because they are unwanted or imperfect. Spaying and neutering will be the rule for all pets and adoption will be the first option for everyone. Making this dream a reality is the mission we call No More Homeless Pets. The society's leading initiatives in animal care and community programs are coordinated from its Kanab, Utah, headquarters, the country's largest no-kill sanctuary. This work is made possible by the personal and financial support of a grassroots network of supporters and community partners
across the nation.

Posted by Miniature Yorkie at 10:56 AM No comments: