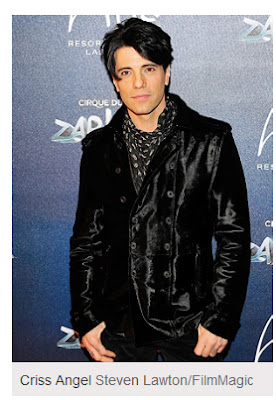 Criss Angel's puppy has disappeared – and it's not a part of his act.

The magician's new teacup Yorkshire terrier was stolen from a pet store along with three other puppies in a weekend heist, according to the Las Vegas Sun, and Angel has offered a $5,000 reward for their return.

Angel, 45, who stars in Cirque du Soleil's Believe tour at the Luxor Hotel Casino, purchased the pup several days ago from Prince & Princess Puppies & Boutique on South Rainbow Boulevard in Las Vegas and left the dog in the care of the store's owner, Gloria Lee, before leaving Monday on a weeklong vacation to Mexico.

Then the store was robbed. "I'm very upset and concerned for the well being of all four of the young puppies that were stolen [Sunday] night in the robbery, which happened just before midnight," Lee told the newspaper. "These puppies are like babies. They need special care and supervision, and, if not, their well being could deteriorate rapidly."

The illusionist – who owns at least two other dogs – has taken to Twitter to get the word out about his missing friend.

"Thanx all for your kind thoughts about the @adorablepups," he Tweeted on Tuesday. "IF U KNOW SOMETHING CALL LV Metro Police 702 828-3573 lets catch these losers RT."

Dogs in Danger - Adopt, Rescue and SAVE 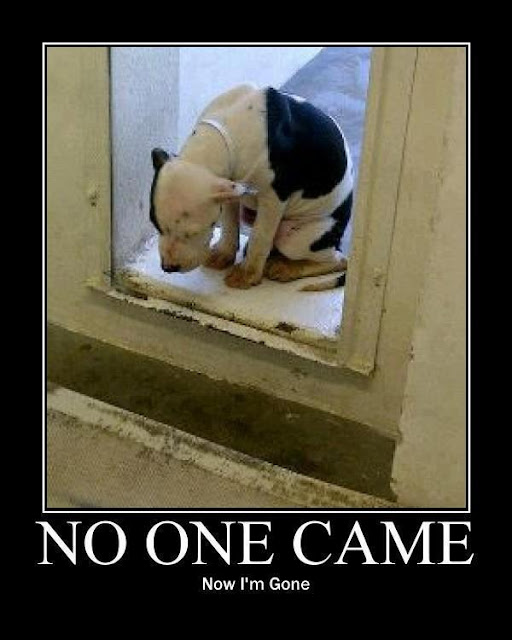 WHAT REALLY HAPPENS TO DOGS IN SHELTERS??

"I am posting this (and it is long) because I think our society needs a huge wake-up call.

As a shelter manager, I am going to share a little insight with you all - a view from the inside, if you will.

... Maybe if you saw the life drain from a few sad, lost, confused eyes, you would change your mind about breeding and selling to people you don't even know - that puppy you just sold will most likely end up in my shelter when it's not a cute little puppy anymore.

How would you feel if you knew that there's about a 90% chance that dog will never walk out of the shelter it is going to be dumped at - purebred or not! 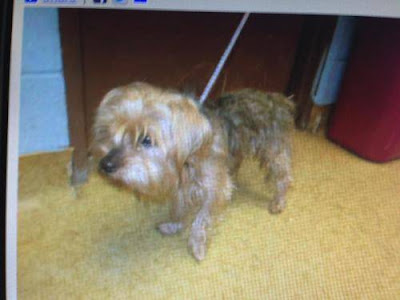 About 50% of all of the dogs that are "owner surrenders" or "strays" that come into my shelter are purebred dogs.

No shortage of excuses
The most common excuses I hear are:
We are moving and we can't take our dog (or cat).
Really? Where are you moving to that doesn't allow pets?

The dog got bigger than we thought it would.
How big did you think a German Shepherd would get?

She's tearing up our yard.
How about bringing her inside, making her a part of your family?

They always tell me:
We just don't want to have to stress about finding a place for her. We know she'll get adopted - she's a good dog. Odds are your pet won't get adopted, and how stressful do you think being in a shelter is?

Your pet has 72 hours to find a new family from the moment you drop it off, sometimes a little longer if the shelter isn't full and your dog manages to stay completely healthy.
If it sniffles, it dies.

Your pet will be confined to a small run / kennel in a room with about 25 other barking or crying animals. It will have to relieve itself where it eats and sleeps. It will be depressed and it will cry constantly for the family that abandoned it.

If your pet is lucky, I will have enough volunteers that day to take him / her for a walk.

If I don't, your pet won't get any attention besides having a bowl of food slid under the kennel door and the waste sprayed out of its pen with a high-powered hose.

If your dog is big, black or any of the "bully" breeds (pit bull, rottweiler, mastiff, etc) it was pretty much dead when you walked it through the front door. Those dogs just don't get adopted.
If your dog doesn't get adopted within its 72 hours and the shelter is full, it will be destroyed.

If the shelter isn't full and your dog is good enough, and of a desirable enough breed, it may get a stay of execution, though not for long. Most pets get very kennel protective after about a week and are destroyed for showing aggression. Even the sweetest dogs will turn in this environment.

If your pet makes it over all of those hurdles, chances are it will get kennel cough or an upper respiratory infection and will be destroyed because shelters just don't have the funds to pay for even a $100 treatment. 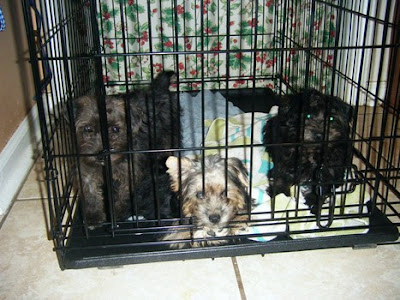 The grim reaper
Here's a little euthanasia 101 for those of you that have never witnessed a perfectly healthy, scared animal being "put-down".
First, your pet will be taken from its kennel on a leash. They always look like they think they are going for a walk - happy, wagging their tails. That is, until they get to "The Room".

Every one of them freaks out and puts on the breaks when we get to the door. It must smell like death, or they can feel the sad souls that are left in there. It's strange, but it happens with every one of them. Your dog or cat will be restrained, held down by 1 or 2 vet techs (depending on their size and how freaked out they are). A euthanasia tech or a vet will start the process. They find a vein in the front leg and inject a lethal dose of the "pink stuff". Hopefully your pet doesn't panic from being restrained and jerk it's leg. I've seen the needles tear out of a leg and been covered with the resulting blood, and been deafened by the yelps and screams.

They all don't just "go to sleep" - sometimes they spasm for a while, gasp for air and defecate on themselves.

When it all ends, your pet's corpse will be stacked like firewood in a large freezer in the back, with all of the other animals that were killed, waiting to be picked up like garbage.

What happens next? Cremated? Taken to the dump? Rendered into pet food? You'll never know, and it probably won't even cross your mind. It was just an animal, and you can always buy another one, right?

Liberty, freedom and justice for all
I hope that those of you that have read this are bawling your eyes out and can't get the pictures out of your head. I do everyday on the way home from work. I hate my job, I hate that it exists and I hate that it will always be there unless people make some changes and realize that the lives you are affecting go much farther than the pets you dump at a shelter.

Between 9 and 11 MILLION animals die every year in shelters and only you can stop it. I do my best to save every life I can but rescues are always full, and there are more animals coming in everyday than there are homes.
My point to all of this is DON'T BREED OR BUY WHILE SHELTER PETS DIE!

Hate me if you want to - the truth hurts and reality is what it is.
I just hope I maybe changed one person's mind about breeding their dog, taking their loving pet to a shelter, or buying a dog. I hope that someone will walk into my shelter and say "I saw this on Facebook and it made me want to adopt".
That would make it all worth it." 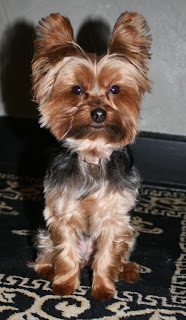 Why is it, I can not find a good groomer in Chicago who understands what I want??
This picture actually makes Trixie look cuter - than she is today!

They cut her body shorter than I wanted, made her face look like a schnauzer,  and now she looks like a bobble head dog!

Well, luckliy it always grows out.

Family With a Yorkie Saves a Chihuahua With Boundless Love 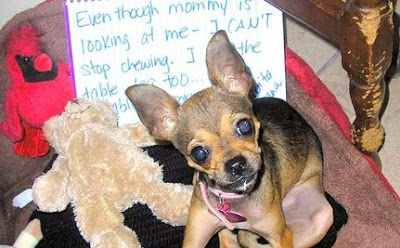 This site, Care to Make a Difference, has some great stories!  And  one of our regular readers, brought this to our attention. Thanks  Debbie!

Another great example of how powerful dogs and humans love can be.

A family who owned a yorkie adopts a chihuahua named Chiquita Banana!
Posted by Miniature Yorkie at 9:50 AM No comments:

Time for a Yorkie Haircut 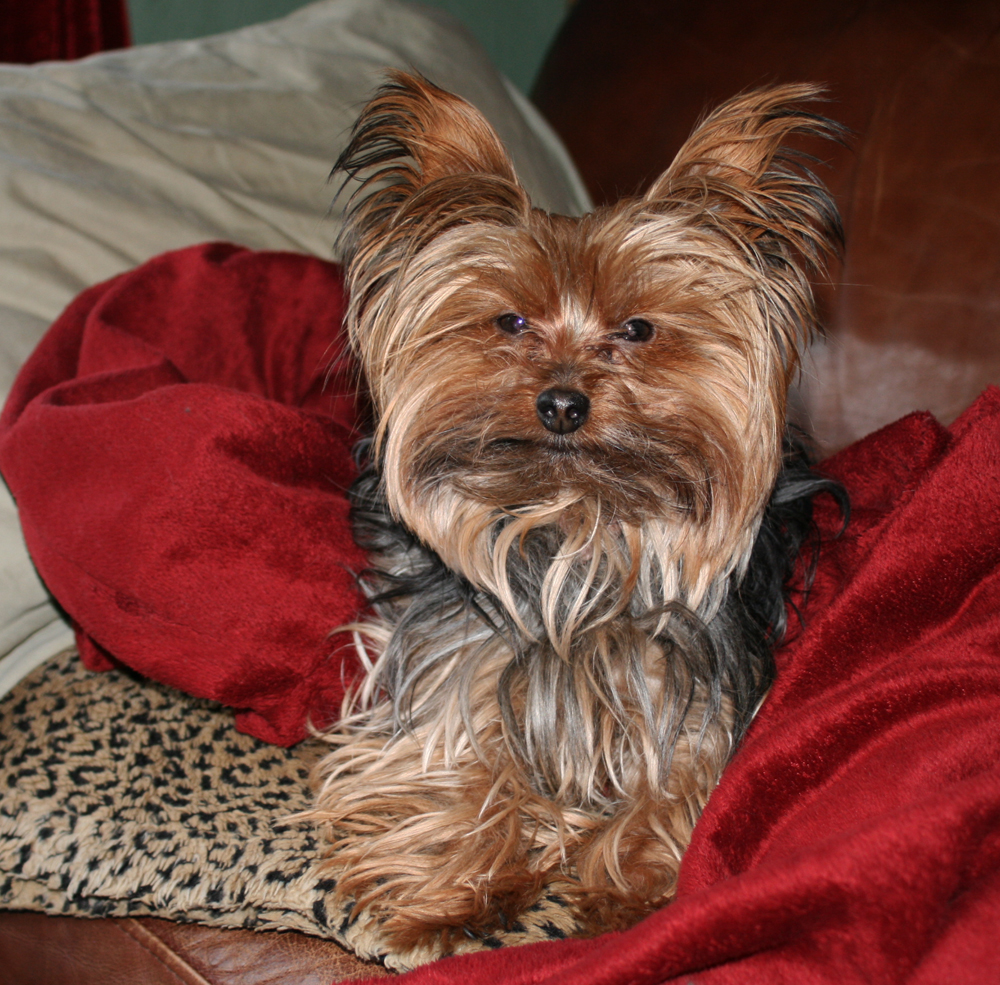 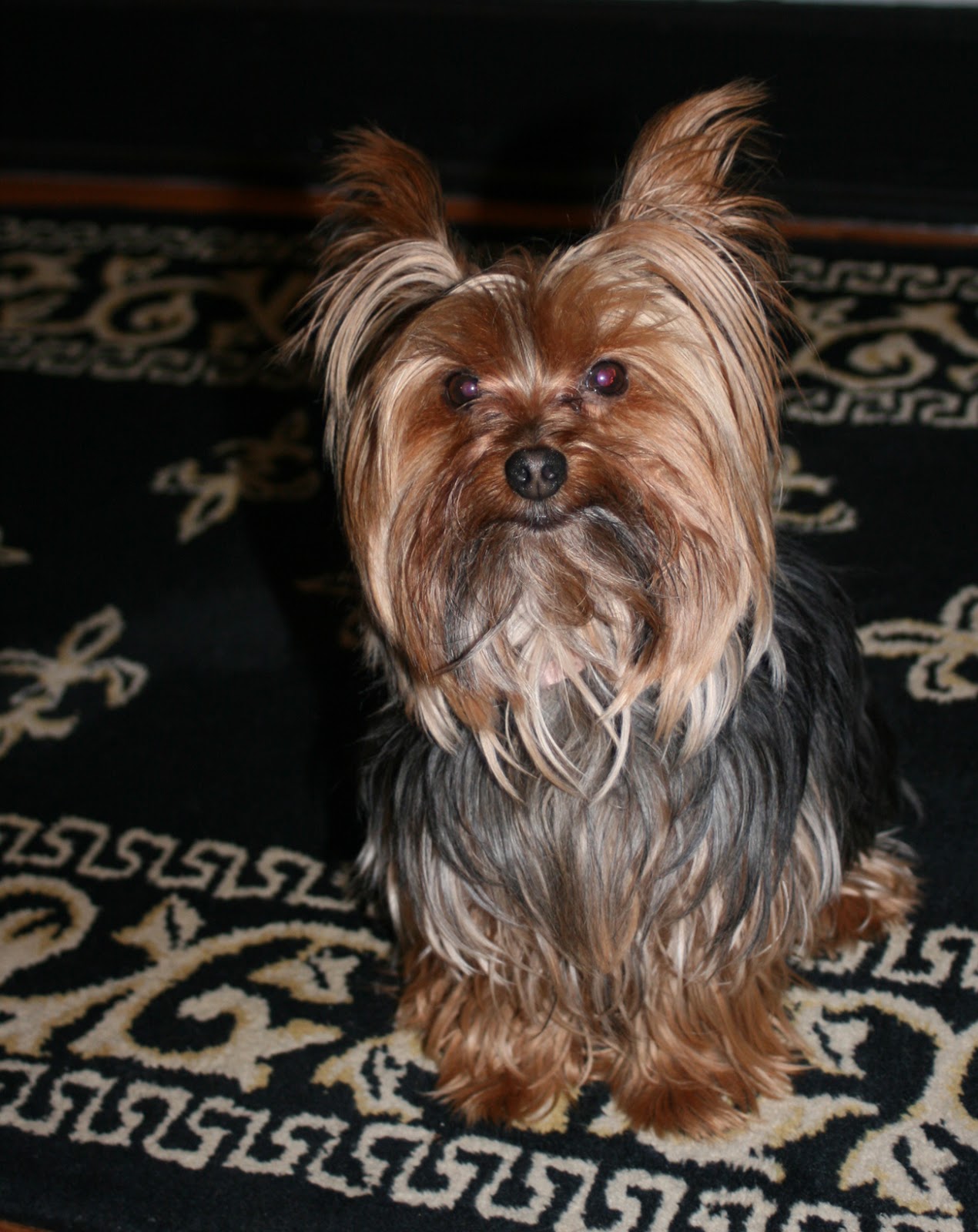 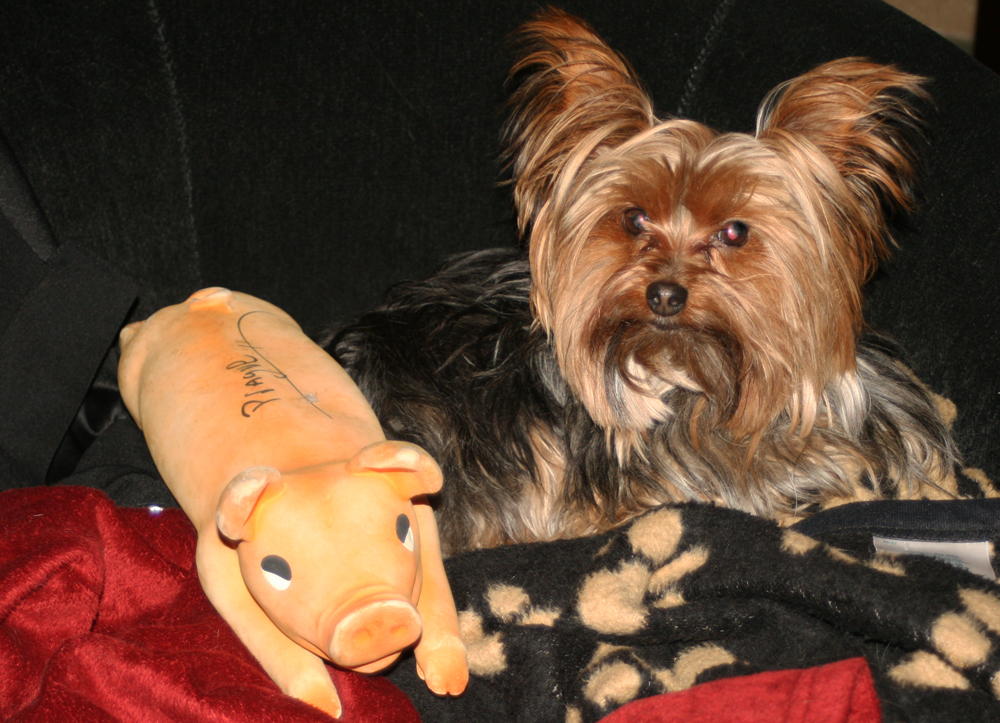 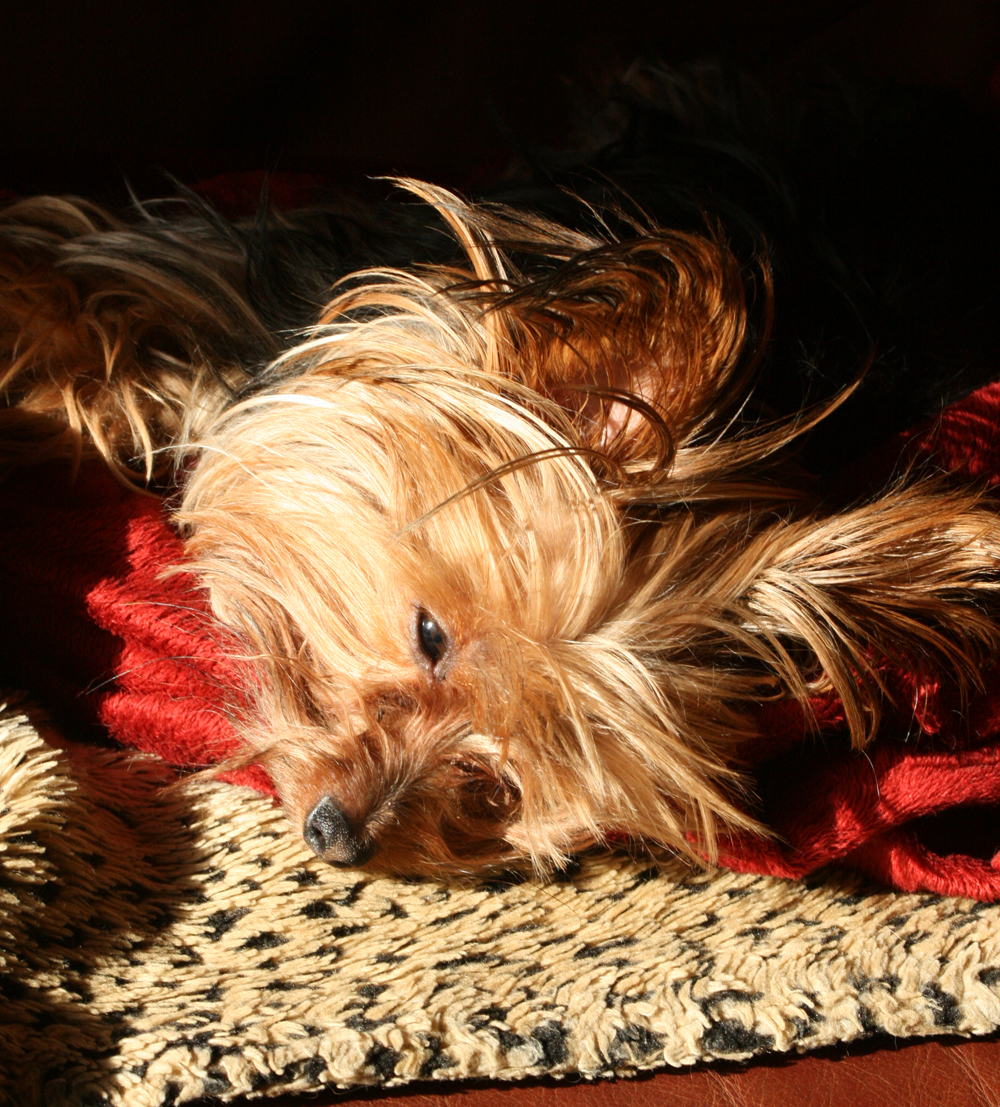 So it's about time for a haircut! This is about as long as her hair has ever been. I don't know how people do it, that have the long traditional looking Yorkie hair.

So, some final pictures before the big haircut next week! 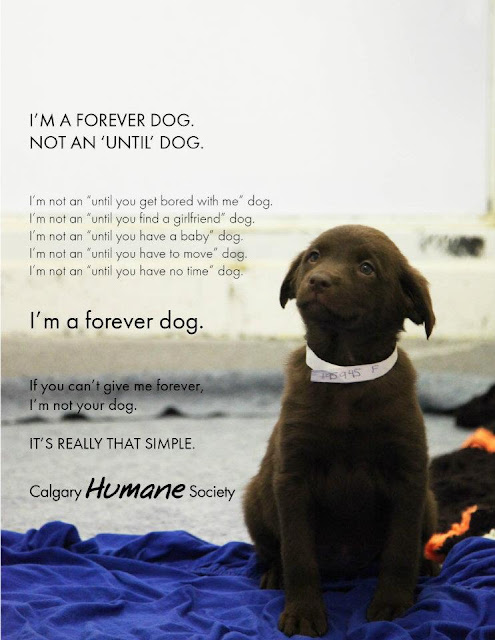 The Yorkie and the Heater 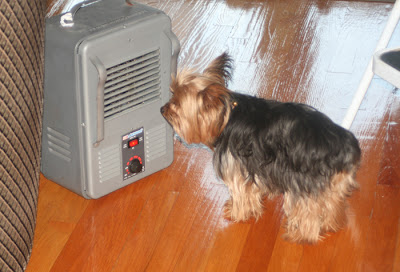 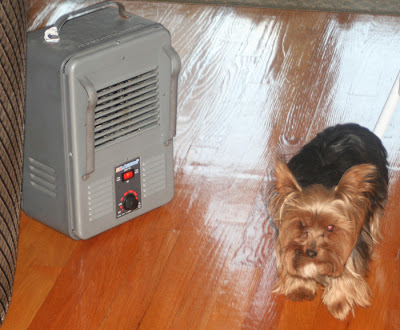 During the Winter months we use this little portable heater sometimes. And Trixie loves to walk up to it and feel the warm air in her face! And she walks around it, trying to find out how it works! - But it's funny, as she gets older, she dislikes the blow dryer in face, at bathtime. 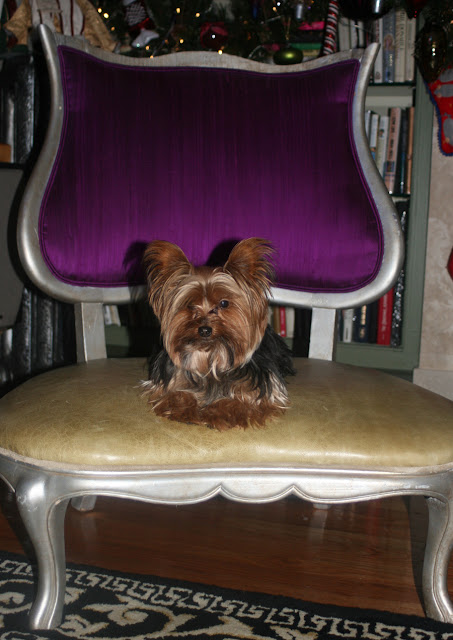 Queen TRIXIE LEE on her thrown! 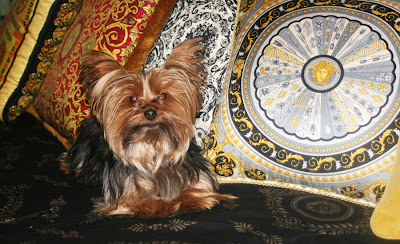 Queen Trixie Lee on the bed!